Picking up where Part 1 left off, our plan for today was to visit as many castles, shrines, temples, and other sites as we could visit.

Our first castle! Yay! Unfortunately, it was closed for the holiday. However, it was going to be open on the 1st, so we made plans to visit it again.

This has to be one of Keat's top places to visit. Unfortunately, this was also closed for the holiday, and wasn't going to re-open until January 4th, so we'll just have to reschedule that for our next visit.

After figuring out the bus system, we did get to visit The Golden Temple, which was still a sight to see. At a cost of ¥400 per ticket (about $4), we got to explore the grounds and see the golden temple with about 1,000 other people. As Kyoto's #1 tourist attraction (and being New Year's Eve), we expected a lot of people. Regardless, it was still fun to visit.

When I first visited Ginkaku-ji back in 2008, it was an unheard-of location, and there was only a handful of people during my first visit. Now, it's become a major attraction and is overflowing with people. That's a good thing and a bad thing. For ¥500 per ticket (about $5), you could see the silver temple (which wasn't actually silver, but the phoenix on top was), and explore the grounds on a roped path. Not as fun as 2008, but still fun.

By the time we finished with Ginkaku-ji, there was a nice side-trail called The Philosopher's Path, which was probably much prettier in the spring. It was still nice to travel down a path where hundreds, if not thousands, of years of history have also traveled down.

End of the Day

On route, we tried to visit Kiyomizu-dera, but we were tired from all of the walking, so we decided to call it a night. We discovered that you can go up into Kyoto Tower (which I didn't even know existed), and tried to make plans to do that later. (Spoiler: we didn't go....)

Here are the photos we took of the trip: 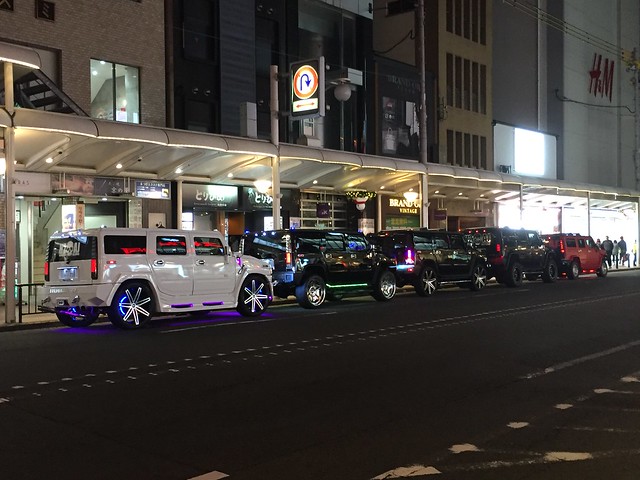 
Places mentioned in this article/video: